The Scottish Castles Association gathered at Oban for two days to explore the castles of Argyll arranged by Council Member, Alastair Bain. This was to be the last trip of 2016 and it was good to renew acquaintances and to meet old friends.

On the Friday night the rain and wind shook the hotel but Saturday morning proved to be ideal and the weather was to hold throughout the tour.

Dunstaffnage Castle on a knoll jutting out into the Firth of Lorne was our first stop. An early site of the Dalriadic kingdom, it is said the Stone of Destiny was held here before its removal to Scone. The present castle is a 13th century enclosure with round towers to which was added a 16th century tower house.

From Dunstaffnage it was a short coach ride to view Dunollie Castle, a MacDougall stronghold, overlooking Oban Bay. Another 13th century castle it has a 15th century vaulted tower house. Attacked many times it was abandoned in 1746.

After lunch we drove to Kilchurn Castle situated on a low-lying peninsula in Loch Awe. The castle belongs to the 15th century but was greatly extended in the 17th century to make it fit to garrison government troops in preparation to combat the Jacobites. It was unroofed by 1775. 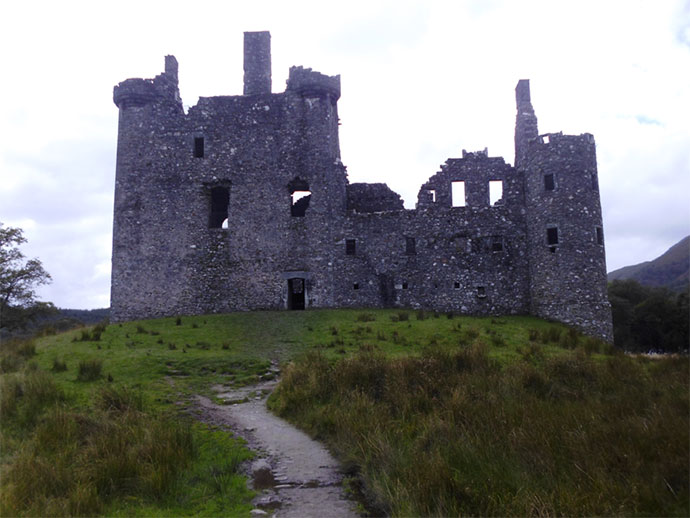 Our next stop was to be Fincharn Castle but our bus got stuck on the narrow road and, sadly, we had to abandon our attempt. Ever-enterprising, instead we visited the underground power station at Loch Awe!

On Sunday, our first stop was Kilmartin Castle a three-storey Z-plan tower house with round towers at opposite corners. Dating from 1550, it was in ruin until restored in the 1990s by the late Tom Clarke a long-standing member and supporter of the Scottish Castles Association. It is now let as a holiday home.

Duntrune Castle on Loch Crinan was next. This is a 16th century L-plan tower house within a 13th century enclosing wall. The beautiful location would be hard to equal and the castle is lovingly looked after.

Lunch at Kilmartin was followed by a stop off at Tarbert Castle – a 13th century castle improved and extended by King Robert the Bruce. His mason built the wall thicker than instructed and the King, instead of being displeased, awarded him a bonus for his foresight! In the 16th century a tower house was added and it is this which dominates the site today. Long neglected, it has been taken in hand by a local heritage trust who have worked wonders to bring it to its present state.

Carnasserie Castle was our final visit of the day – a large 16th century tower house. The wall has a number of gunloops and shot holes. There is a Gaelic religious inscription above the entrance added by the Protestant Bishop of the Isles who was responsible in 1567 for the first-ever book in Gaelic. It was sacked in 1685 along with other west coast castles during ‘Argyll’s Rebellion’ which cost said person his head. 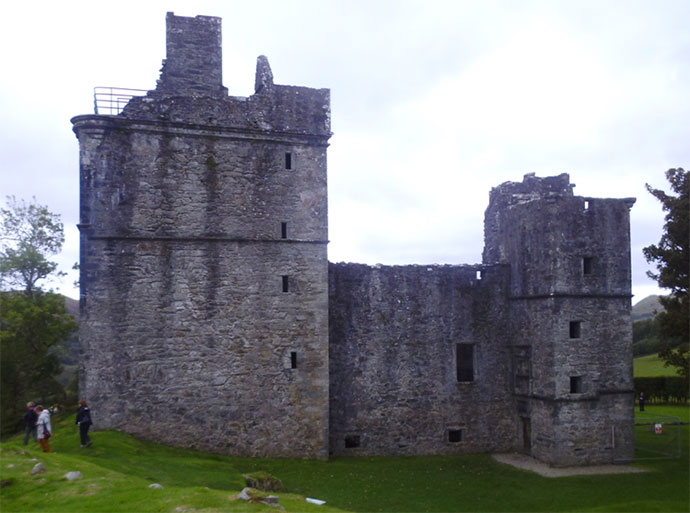 That was our final call. In 2017 trips are planned for Kirkcudbright and Lothian. Why not come too? You can join the SCA online now – you would be made welcome.

Hope to see you all next year!