It is gratifying for the Scottish Castles Association to report a success – in this case Lochore Castle in Fife which has been saved from ruin as part of a community project.

Lochore is a 14th century tower built on what was a crannog (an artificial island) reached by a causeway in Loch Inchgal (Island of the Strangers). The loch was drained in the 18th century leaving the castle literally ‘high and dry’. Ruin and vegetation had obscured the site until the Living Lomonds Heritage Group volunteers cleared it for the Castle Studies Trust to employ ground penetration radar which revealed its secrets. 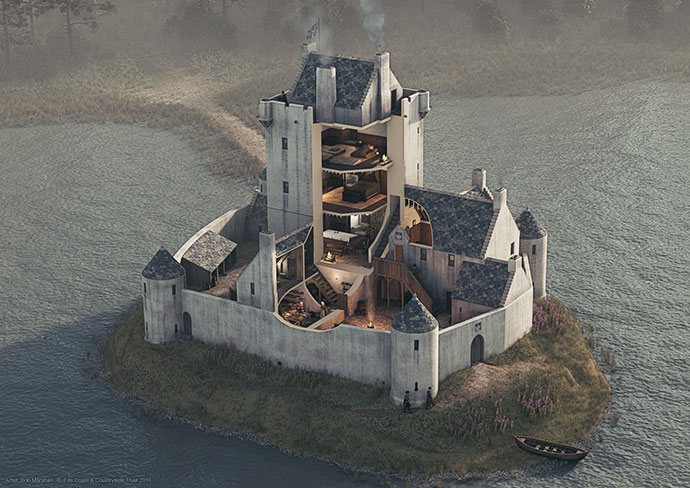 The Scottish Castles Association’s own Bob Marshall was commissioned to provide reconstruction drawings for information boards at Lochore Castle and these can be viewed on his site by clicking here and on his Facebook page .

Bob has been hard at work lately at Eyemouth Fort where there is a similar community involvement. Further reconstruction drawings of Eyemouth Fort can also be viewed on his site here .