In the middle ages the approach to Edinburgh Castles was dominated by two great towers; David’s named after its builder King David II and The Constable’s which protected the main entrance. Both were destroyed during the Long Siege of 1571-1573. 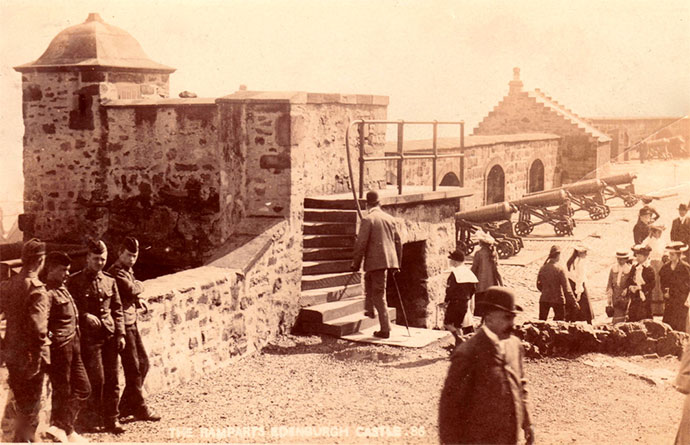 Following this devastating incident the castle required major rebuilding. David’s Tower was encased within the iconic Half Moon Battery whilst The Constable’s was replaced by a vaulted transe with twin doors and a portcullis. This was known as Morton’s Gate after its builder James Douglas, 4th Earl of Morton*, the Scottish Regent. His personal device of ‘hearts and stars’ was placed above the armorial panel surmounting the entrance.

This work was subsequently altered as the gate was cut down at some point (perhaps never completed) and the truncated remains covered by a makeshift roof. 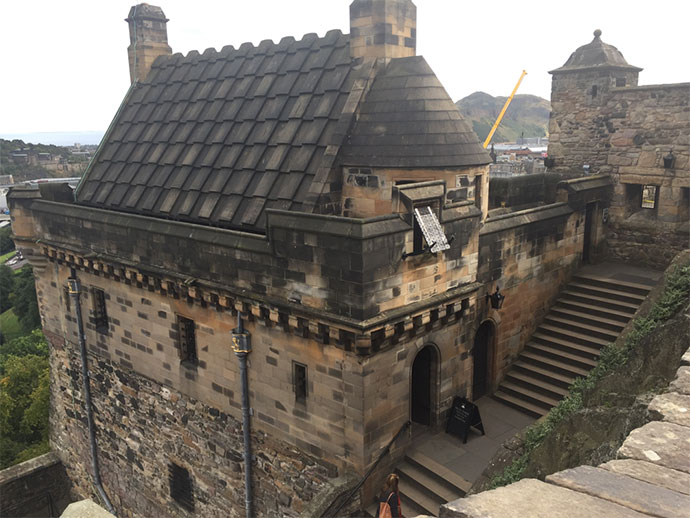 In the 1880s the castle underwent a major makeover which along with the restoration of the Great Hall was the rebuilding of the Morton Gate. The upper floor was reinstated but as its original appearance was unknown the architect based his reconstruction upon Borthwick Castle whose heavy slabbed roof he replicated here. At the same time he reinstated the Lion Rampant within what was then an empty panel space. The original, however, may have been Morton’s own armorial but as all heraldry pertaining to Scottish royalty was removed by Cromwell** we can never know. 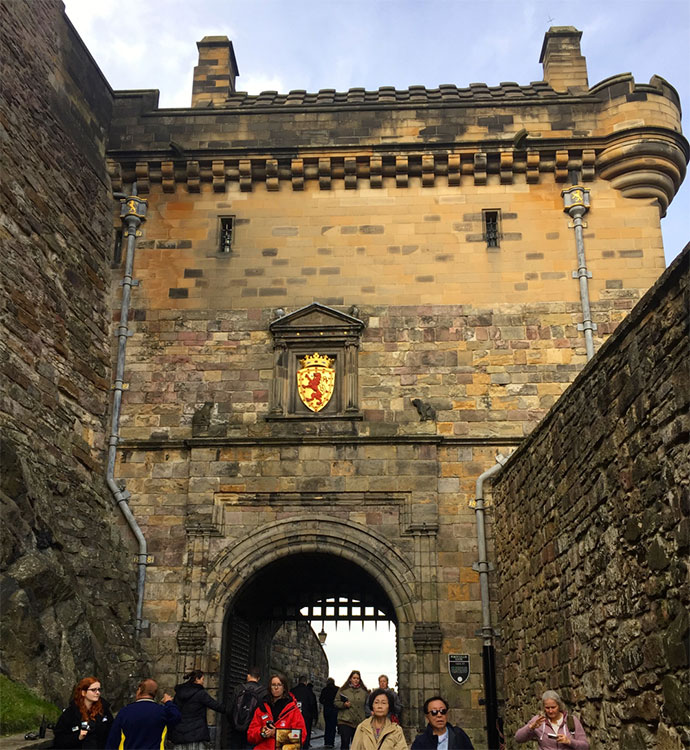 * James Douglas was beheaded 1581 by ‘The Maiden” a predecessor of the guillotine which he himself had introduced to Scotland!

** For example at Holyrood and Stirling